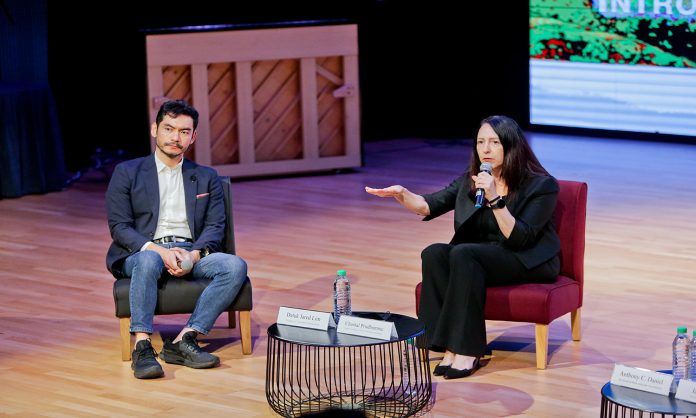 This brand new Broadway production will be premiering in Kuala Lumpur

MALAYSIA 30 JUNE 2022 – Malaysia‘s most talented young actors and actresses have been picked from a pool of over 400 talented applicants for the coveted roles of the six children to be part of the von Trapp family, in the forthcoming Broadway production of THE SOUND OF MUSIC at Istana Budaya from 27 December 2022.

Anthony O. Daniel, James Gray and Nate Patten from the Broadway creative team travelled to Dominus Arts Venue at Wangsa Maju in Kuala Lumpur on 28 and 29 June, and put the youngsters through a series of acting, singing and dancing auditions and successfully selected boys and girls, aged six to 14, who will perform in the upcoming Malaysia season this December

The children come from all corners of Malaysia and performing in rotation throughout the Malaysia season as the small and cute Gretl, the brothers Friedrich and Kurt, as well as their sisters Marta, Brigitta, and Louisa are follows:

THE SOUND OF MUSIC tells the uplifting true story of Maria, the fun–loving governess who changes the lives of the widowed Captain von Trapp and his seven children by re–introducing them to music, culminating in the family‘s flight across the Austrian mountains as tensions rise prior to the outbreak of World War II.

With its unforgettable score, THE SOUND OF MUSIC touches hearts of all ages and contains some of the most memorable songs ever performed on the musical theatre stage including My Favourite Things, Do–Re–Mi, Climb Ev‘ry Mountain, Edelweiss, The Lonely Goatherd, Sixteen Going on Seventeen, and of course the glorious title song The Sound of Music. This iconic musical is sure to work its magic once again, for young and old alike.

Arguably one of the world‘s best–loved musicals, the original 1959 Broadway production of THE SOUND OF MUSIC won five Tony Awards, including Best Musical, and is Rodgers and Hammerstein‘s biggest success. The 1966 movie starring Julie Andrews as Maria won five Oscars, including Best Picture, and remains one of the most popular movies of all time.

This Broadway production of THE SOUND OF MUSIC is produced by Broadway International Group and presented in Malaysia by Base Entertainment Asia.