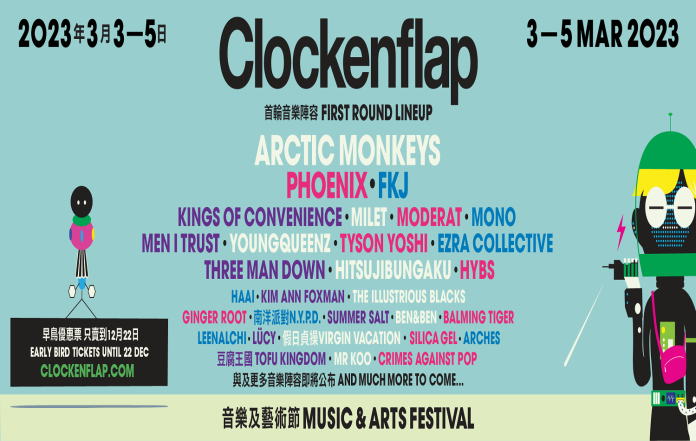 Topping the bill as the Friday night headliners are British rock icons Arctic Monkeys,  who will play in Hong Kong for the first time fresh from the release of their seventh studio album, The Car. Alex Turner & Co. will be joined on Friday by French synth rockers Phoenix, who return to the city for the first time since 2014, and Hong Kong  hip-hop don YoungQueenz.

Saturday will welcome French multi-instrumentalist FKJ and Norwegian folk-pop duo  Kings of Convenience to the stage, while Sunday will be lit up by Canadian-Japanese  singer-songwriter Milet, German electronic supergroup Moderat (Modeselektor and  Apparat combined), and Japanese experimental rock legends MONO.

In all, 30 acts have been revealed in the first wave announcement, with many more  still to come, including the Saturday and Sunday headliners.

The much-loved event, which returns to the city for the first time since November 2018,  will feature the same full, world-class festival experience that has wowed fans in  previous years: a spectacular outdoor environment featuring multiple stages; an  eclectic array of top F&B outlets; and a wide-ranging lineup of must-see international,  regional and local acts. As before, it will also be a free-standing event, with  festivalgoers able to move easily and without restriction between the various stages and  attractions throughout the weekend.

Early Bird tickets, priced at HK$1,480 for a three-day pass, or HK$980 for single  days, are available from www.clockenflap.com until Thursday December 22, 2022,  with prices rising in phases between December 23 and the festival dates.

Unrefunded tickets purchased for Clockenflap 2021 remain valid for the new dates, and  the arrangements for using these tickets will be shared with existing ticket holders  closer to the festival.

To keep up to date with the latest announcements and accompanying materials— including interviews, images and video content—and to apply for artist interview slots  and accreditation to report at the event, media are encouraged to register now for  Clockenflap’s online press room clockenflap.com/press. Media who have registered  for an account previously can log in using their existing username and password. 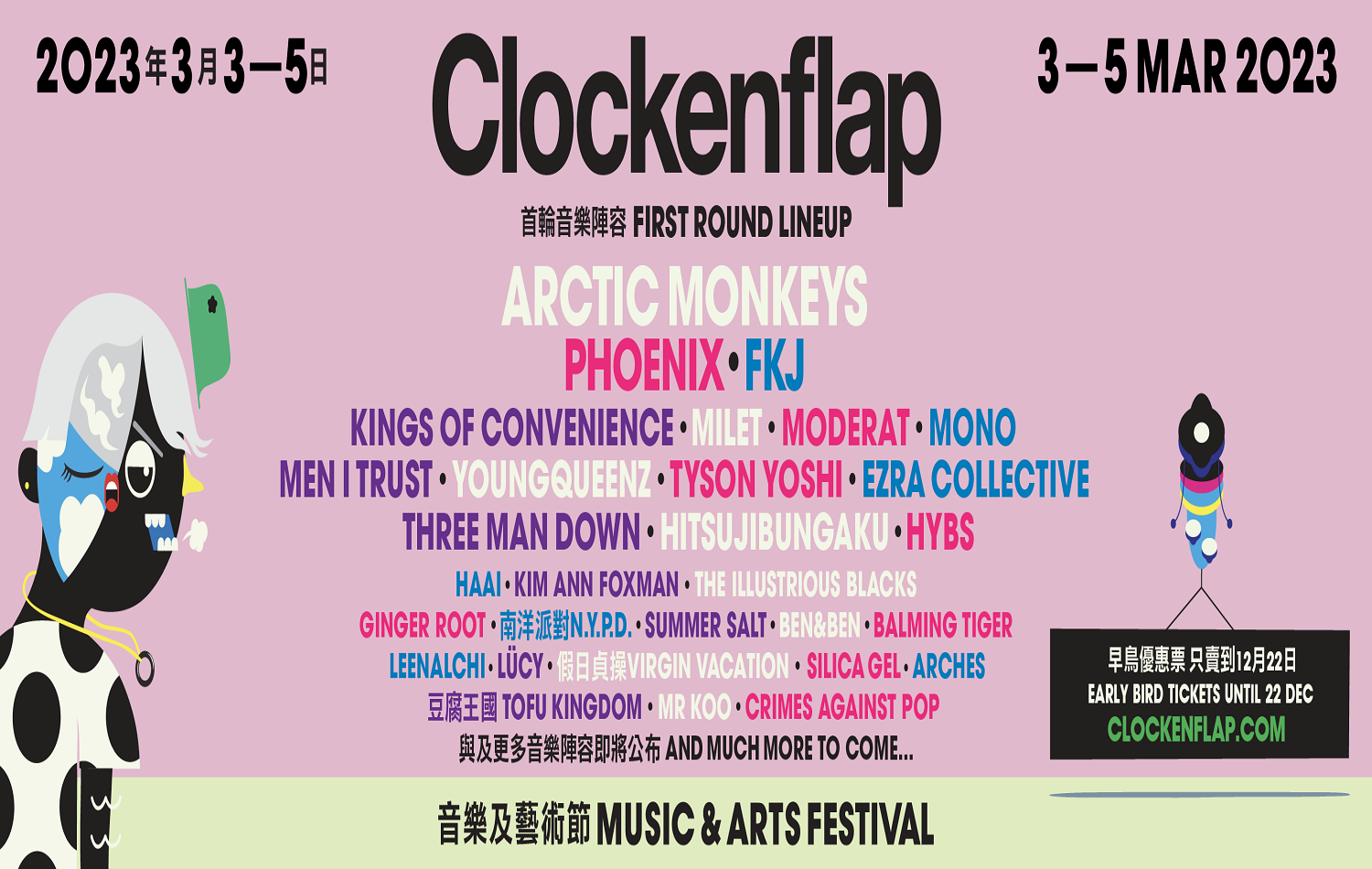