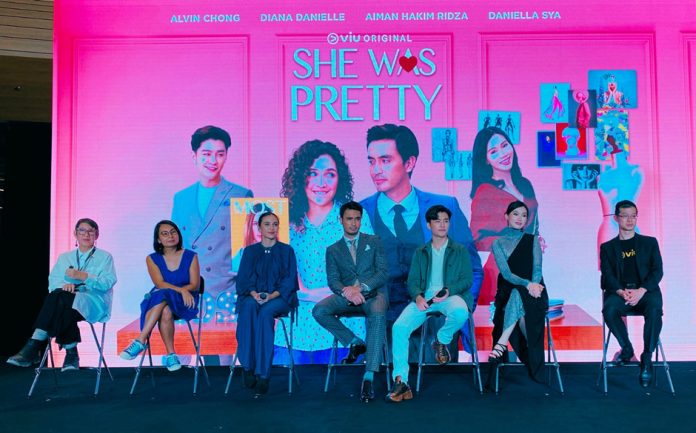 PCCW (SEHK:0008) – KUALA LUMPUR, 21 June 2022 – Viu, PCCW’s leading pan-regional OTT video streaming service, today launched their latest Viu Original drama She Was Pretty, the remake of the popular Korean romantic comedy featuring a prominent cast from Malaysia. The first three episodes will be available on Viu on Thursday, 23 June, with two new episodes a week available every Thursday there after before a grand finale of three episodes on 4 August.

Mr Kingsley Warner, Viu Malaysia Country Manager, said, “She Was Pretty has a storyline that has proven successful. It has become a popular title beyond Korea with remakes done across different languages set in different countries. With such a strong following, the Viu Original team decided it was time to give the story a uniquely Southeast Asian setting and brought together a strong cast to bring the series to Viu-ers across our markets.”

She Was Pretty is a romantic comedy, telling the story of two past acquaintances Nadia and Haniff who meet again after a reversal of both fortunes and appearances, set against the backdrop of a fashion magazine.

Nadia is played by Diana Danielle, who played the main character in the Viu Original series Ganjil in 2021 and is the winner of Best Actress (Film) at the Screen Awards in 2019 for her role in Gol & Gincu Vol 2. Haniff is portrayed by Aiman Hakim Ridza, known for his acting in Kimchi Untuk Awak and winner of the Most Popular New Male Artist at the 26th Anugerah Bintang Popular Berita Harian in 2012.

Daniella Sya takes on the role of Kejora, after her roles in films such as the Abang Long Fadil 3 and Takut Ke Tak. Completing the cast is 2017 Instafamous Award winner Alvin Chong, known for his acting in the dramas Suri Hati Mr Pilot and Awak Suka Saya Tak.

She Was Pretty is directed by Datuk Yusry Abdul Halim, who worked with Viu to release Ganjil in 2021. His film Cicakman was a pop-culture hit, while Hikayat Merong Mahawangsa took home eight awards at the 2011 Malaysian Film Festival, including the Best Film award.

Riding on the popularity of Viu Original titles, the pan-regional platform was recently ranked number one among premium video streaming services in terms of Monthly Active Users and paid subscribers as at the first quarter of 2022 in Malaysia, according to the AMPD Southeast Asia Online Video Q1 2022 report by Media Partners Asia*.

Viu-ers will be able to watch the series on the Viu app, which is available for free download on App Store, Google Play and selected smart TVs, as well as on the web at www.viu.com.