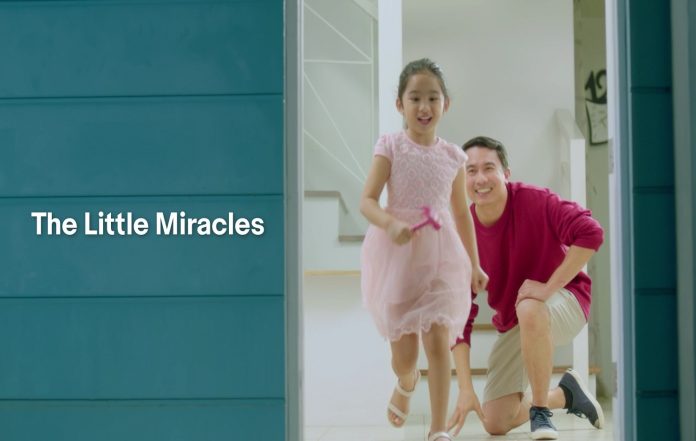 The film depicts a little girl named Chloe, who is gifted with a ‘magic hammer’ at Christmas by her father. Chloe’s father tells her that the magic hammer can fix anything she wishes. She then waves the magic hammer to fix several problems and believes that she has made Christmas better for everyone. She is completely unaware that it is actually her father who is fixing the problems on her behalf.

One day, her father falls sick, but as much as she keeps waving the hammer, she can’t make him well.  To her despair, her father passes away, and she finally realises that it was her father who was performing the “magic” all along.

Inspired by the deeds of her father, Chloe goes on to become a doctor, and spends her time making miracles possible for others.

The almost 3-minute webfilm was launched on MR D.I.Y.’s official YouTube page on December 11, in conjunction with Christmas.  Within a few days of launch, the film garnered more than 1.7 million views on YouTube, demonstrating that it had touched the hearts of all Malaysians.