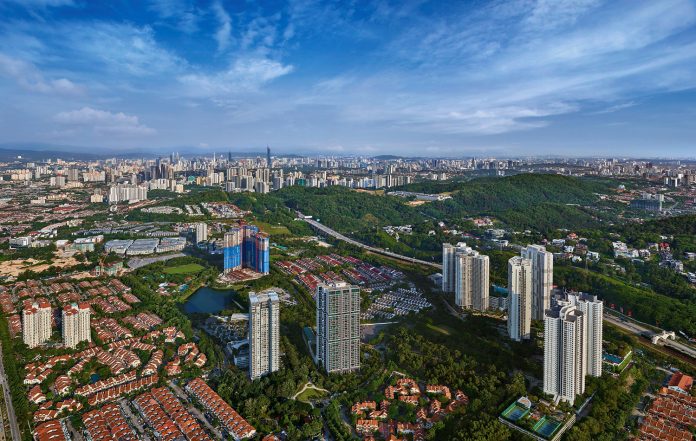 This milestone achievement marks Desa ParkCity as the first Malaysian entry to be shortlisted and  awarded from the ULI APAC Awards for Excellence programme, widely recognised across Asia Pacific  as one of the region’s most prestigious awards in the development community.

This year’s winners were selected from a competitive pool of 64 submissions by a professional jury  of leading experts, where they were evaluated based on their superior development efforts in the  private, public, and non-profit sectors. The winners from this year’s programme were announced at  the 2022 Asia Pacific Awards for Excellence Virtual Ceremony organised on 21 June 2022.

Datuk Joseph Lau, Group CEO of ParkCity Group, celebrated this significant milestone, saying: “It is  an honour and privilege for our entire organisation to have been the first Malaysian property  development selected to win this award. This is a recognition of all the effort, aspiration and vision  put in by everyone in our company, together with all the support received from everyone involved.  The win is also a benchmark for ParkCity’s innovative developments and its excellence in creating  spaces for life, alongside various holistic aspects of sustainability, safety, health and wellbeing, and  the environment.”

Known for its tranquil, green, and sustainable living environment, Desa ParkCity is ParkCity’s  flagship masterplan township. ParkCity constantly strives to improve the quality of life of its  residents through meaningful developments with aspects of liveability, connectivity, and safety, and  the community is already benefiting from this ESG approach as the township is fully walkable, safe  and sociable. It is now well-known as the most liveable community in Kuala Lumpur.

ParkCity’s ethos is defined by its core pillars of Family, Neighbourhood, Community, Connectivity &  Convenience, and the various developments are designed to create a sense of place that roots  modern living in nature. This same DNA has also been injected into its 190-acre master-planned  ParkCity Hanoi in Vietnam and the 551-acre Marina ParkCity in Miri, Sarawak.

Over the past 20 years, ParkCity’s innovative ideas, extraordinary vision and impeccable quality have  been recognised through a number of award wins and accolades, including the prestigious FIABCI  World Prix d’Excellence Awards.

“Winning this latest award will further propel the ParkCity branding into the international arena and  at the same time, boost our employees’ and our community’s morale. However, we will not rest on  our laurels, but continue to innovate, pushing the boundaries through improved infrastructural

approaches and operations, in order to better serve the community and deliver quality projects that  we are renowned for,” Datuk Lau added.

Desa ParkCity is currently adding another development to its multi award-winning township with its  upcoming project, Noora @ Desa ParkCity, which is expected to launch towards third quarter this  year.

vivo Encourages Malaysians to Embrace the Beauty of Malaysian Landmarks