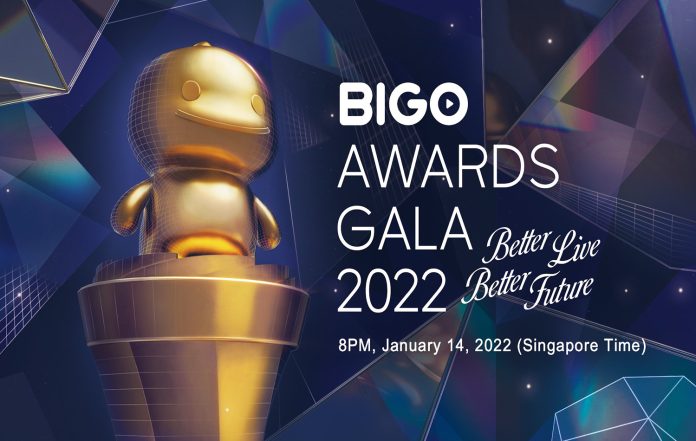 The theme of this year’s Awards Gala 2022 was “Better Live, Better Future”, which is about empowering people to explore an infinite number of possibilities on its platform. This event also showcased BIGO’s foray into future-facing technologies such as computer vision, virtual reality (VR), augmented reality (AR) and more.

DINO – Bigo Live’s mascot made an appearance as this year’s host while Bigo Girl, Bigo’s Virtual Live 3D avatar made its debut in a virtual concert with highly talented and renowned Thai singer-songwriter “The Toys” and Putra Raya from Indonesia.

“This year’s Awards Gala is another milestone in BIGO’s history where we continue to recognise the outstanding talents within our community and to inspire more content creators to share their talents and passions on BIGO Live,” said Mike Ong, Vice President of BIGO Technology.

More high-res images of the BIGO Awards Gala 2022 can be downloaded here.