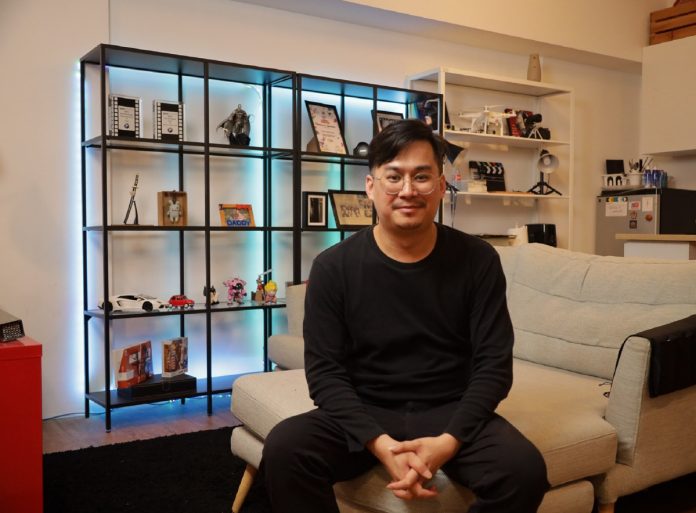 The Community Organ Donation Drive (CODE): Life programme is an initiative by the National Kidney Foundation of Malaysia (NKF) − advocating kidney transplant and helping patients, their family members and the general public to understand the concept of organ transplant and the importance of organ donation.

Let us have a look at the compelling journey of Gordon Ling, a kidney donor-cum-caregiver as he shares about his family’s challenging journey: from receiving the heart-breaking news of his wife’s diagnosis of CKD while she was pregnant; his courageous, life-changing decision to become a donor and their journey of starting a new family together through it all.

It was a life-changing moment when 34-year-old Gordon decided to give his wife a kidney − a gift that no amount of money can buy and will be treasured for life. There were no doubts or second thoughts as the decision was one made with love. Sure, there were some concerns and unfavourable comments from family and friends. But Gordon’s mind was already made up as his only wish was to give the mother of his baby girl a better life.

“The biggest objection came from my wife, who was in fact worried about me sacrificing myself for her and giving a part of myself to her − and especially how I would turn out after the transplant,” said the film director who specialises in commercials and documentaries.

“Every family has their own situation and problems to think of and as a donor, I would not advise other potential donors to just rush into making this decision. However, if your only concern is about your health after the transplant, then there is nothing to worry about. The extensive amount of tests you will need to do before getting the green light from your doctor would be a good indication if you will be able to live with one kidney.

“If you are considering donating to a loved one and wondering if it’s worth it, then the answer is a thousand times yes because it will change their lives for the better and they do not have to go through dialysis anymore,” he said.

For his wife, one of her life-changing moments was when she could finally swim with her daughter for the first time after receiving the transplant. For most people, taking the first dip into the pool with their baby may be something easily overlooked but for his wife, it was a dream come true.

After being diagnosed with kidney failure five years ago towards the end of her first trimester of pregnancy with their daughter, there were many things that she could not do and one of it was to swim. Although her doctor did give her the green light to do so during her dialysis days, she never did. It was truly a heart-breaking moment when all she could do was sit by the pool and watch as her daughter took her first dip.

“This tiny moment might not even be something significant for most but it definitely was a heart-breaking one for my wife. So, this transplant journey was definitely worthwhile after seeing them in the pool together for the first time,” he said.

Together, Gordon and his wife went through a lot and came out of this whole journey stronger as a couple. From the start of the diagnosis, Gordon and his wife had to deal with a high-risk pregnancy and could only focus on ensuring a safe pregnancy and delivery. Right after that, it was full focus on their daughter and the thought of getting a transplant only came after their daughter was nearing four years old and somewhat independent. Towards the end of November 2019, the transplant surgery finally happened after the couple underwent an extensive amount of testing from head to toe.

“There were so many tests that I cannot even remember all of them. They did tests from my head to toe and I remember the doctor even injected some form of radiation into me just to see how my body would react. I believe that I am now more aware of my overall health and am healthier too,” said Gordon, who added that there were a lot of medications and supplements to take as well.

For him, it was not as complicated but for his wife, there was a lot more to worry about because of the hormonal changes in women and also the fact that she was the recipient. What surprised the doctor and them the most were that both husband and wife were a match − and this rarely ever happens. The first test matched them at 85%, with a 25% chance of rejection. But after going through a biopsy, the result showed 0% rejection.

On the day of surgery, Gordon felt more excited than nervous because all he could think about was his wife being able to lead a better life after the procedure.

“I know our story may sound like a Korean drama love story. The nurses even made sure we were placed together side by side whenever possible, which was really sweet. I remember after the procedure was done, they moved me to the recovery room to rest for 30 minutes before transferring me back to the ward. But, because my wife was still in surgery, they left me there to wait for her. When she was finally done, they pushed her bed right up beside me and unconsciously when my hands reached out to hold on to hers, I could hear the nurses going ‘aww’,” he said.

Gordon was discharged after five days and was up and about within a week with no complications, except for the wound which swelled up a little, leaving a scar. However, he is not fussed by it because the scar serves as a memory that he wants to cherish for life.

To inspire others with his story and to raise awareness about kidney transplant, Gordon was invited by NKF to share his journey at the recent World Kidney Day (WKD) 2021 virtual forum. Themed “Living Well with Kidney Disease”, the event was organized by NKF together with the Ministry of Health Malaysia (MOH) and the Malaysian Society of Nephrology (MSN) to raise awareness and provide educational support for people living with CKD and kidney care communities.

A transplant is not a cure for kidney failure, but transplant recipients will have a better quality of life − having a greater sense of well-being and being able to enjoy a lifestyle free of dependence on dialysis treatments.

Members of the public who are interested in contributing towards this cause of helping patients with kidney failure can find out more through NKF’s website at http://www.nkf.org.my or call 03-7954 9048.