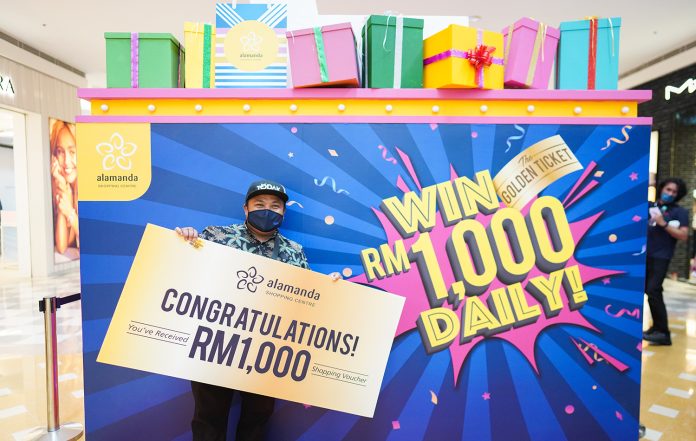 Plus, the Golden Ticket campaign returns! A total of RM144,000 in shopping vouchers are up for grabs

“When I first got a call from an Alamanda staff to inform me that I’ve won, I  couldn’t believe it. I’ve always joined contests but have never been lucky in  winning. It was only after receiving an official email that the news finally sank  in,” says the delighted 30-year-old.

Although she stays in Seremban, Rabiatul Afiqah says that she frequents  Alamanda as her mother and brother stay nearby. “Alamanda is located just a  few minutes away and it is convenient as I can get everything I need there,”  she added.

The Big Win lucky draw ended on 26 June 2022. Every RM300 spent at  specialty stores in a maximum of two receipts entitled shoppers to one  shopping voucher worth RM30 and one entry form to the lucky draw, with a  maximum of three forms per shopper per day.

The Proton X50 Flagship offered is the range topping variant that comes with  all the bells and whistles. At an OTR price of RM103,300 (without insurance),  it is the only variant with a panoramic sunroof, 1.5 TGDi turbo direct fuel  injection engine and advance safety features.

Instrumental to the success of the campaign is Alamanda’s collaboration with  Proton Malaysia authorised dealer, The Apple Auto Services & Tyres Sdn Bhd.  Located in Bandar Baru Bangi, the service centre is one of the top authorised  Proton 4S dealers offering sales, service, spare parts as well as body and  paint services under one roof. 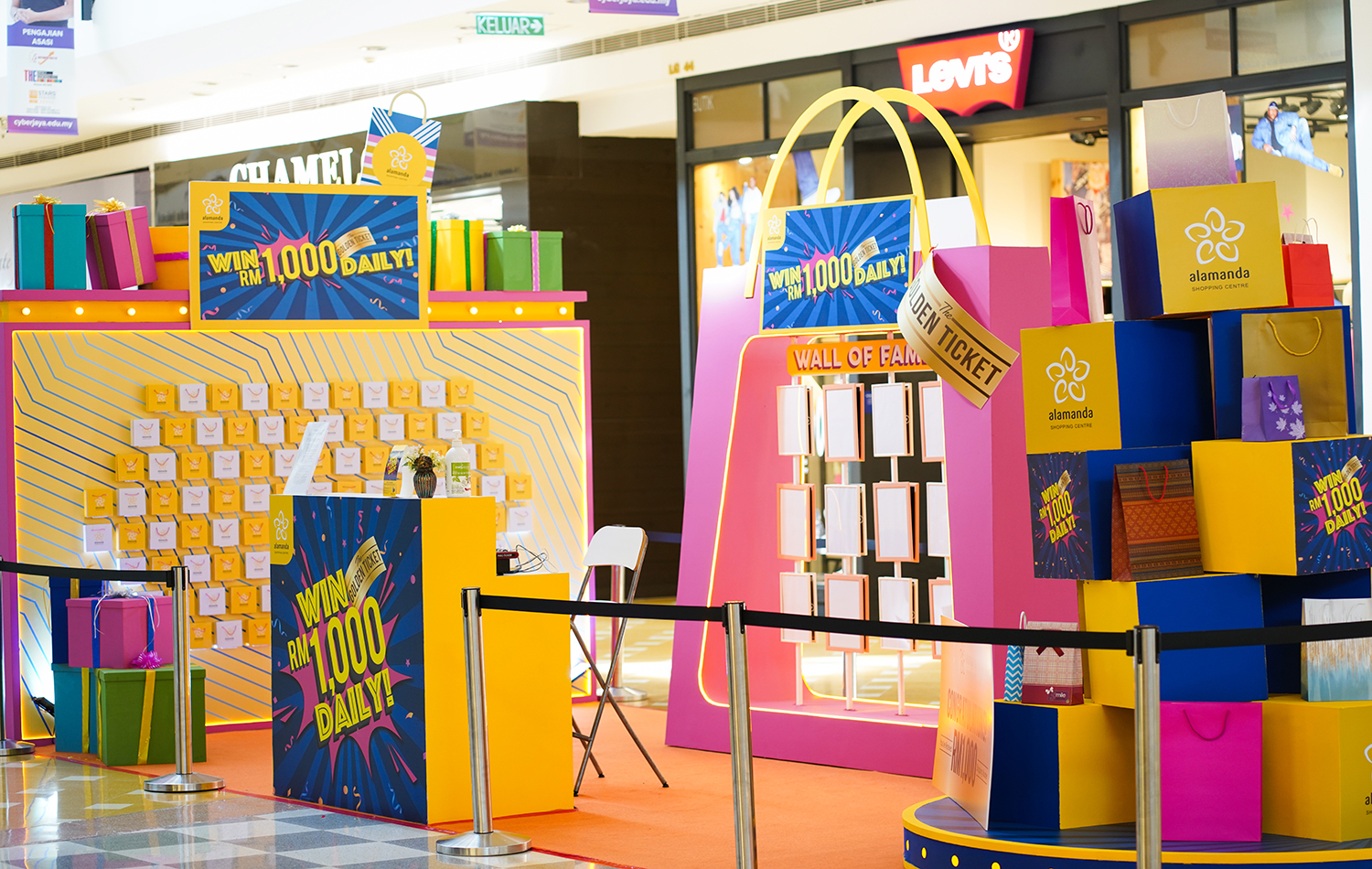 As one exciting event comes to an end, Alamanda launches yet another with  daily rewards in store. Starting today until 21 August 2022, shoppers who spend a minimum amount of RM300 in two receipts from any specialty stores at Alamanda are eligible to take part in an instant lucky draw.

Every day, there are 101 mini boxes containing Alamanda shopping vouchers  to be opened—with one containing a Golden Ticket worth RM1,000. Even if  participants do not get the Golden Ticket, they will get the White Ticket worth  RM50 in the other 100 boxes. This way, no one goes home empty-handed! To  add to the excitement, any leftover prizes from the day will be snowballed to  the next day.

Shoppers will need to present their receipts to the Concierge counter on the  same day of purchase. Each shopper is also limited to one prize per day,  while stocks last.

“The continuous offerings by Alamanda highlight our commitment to deliver  more value to our loyal customers. As economic recovery picks up, we also  hope our initiatives will aid in its momentum so that we can move towards  year end on a strong note,” says Andrew Brien, CEO of Suria KLCC Sdn Bhd.

Limited Edition Chrome Drinkware to Ring in the Festive Season