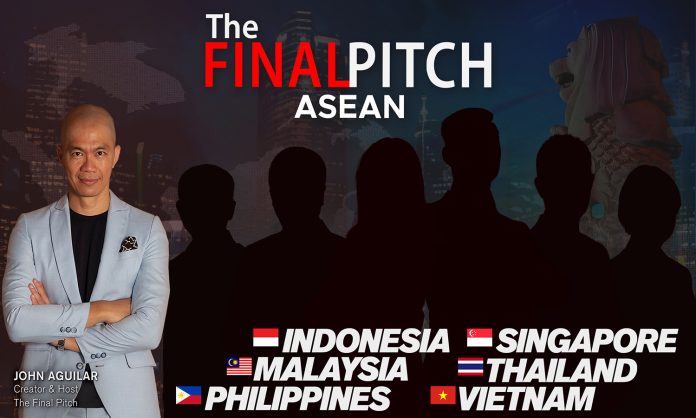 6 May 2022, Manila, Philippines-  Southeast Asia’s first business reality TV show designed to back and scale the region’s next unicorns, “The Final Pitch ASEAN (TFPA),” is searching for tycoons and business leaders to represent select Southeast Asian countries as investor-judges in the show. After seven successful season runs in the Philippines, TFPA expands to the rest of the region and will feature high-growth startups and strategic investors from Southeast Asia.

TFPA is looking for investor-judges who can make investments in scale-up  startups who want to expand to their home countries. The business show is now on the lookout for representatives from Singapore, Philippines, Malaysia, Indonesia, Thailand, and Vietnam to be the face of their country in the regionally aired show.

With regard to the criteria, John Aguilar, the creator and host of the show specified, “They have to be in a position to be able to invest in high-growth companies but at the same time will serve as strategic partners for the expansion of any scale-up that wants to enter their respective countries. They have to be successful diversified family conglomerates or seasoned investors looking at investing in mostly series A and up startups.”

Aguilar also mentioned the benefits of the investor-judges who will be selected for TFPA. Apart from gaining access to a pipeline of the best startups across the region, they will also have the opportunity to showcase their countries and respective businesses through the show.

“The show will serve as a platform for the investor-judges to be business ambassadors, and we will be bringing the startups who they are looking to invest in to their respective countries so the startups and the viewers see for themselves what they do, and what their mission is. The show will allow the startups and the investor-judges to reach out to a global audience, and will encourage cross-border investments and collaboration with their ASEAN neighbors,” he said.

The show will initially be selecting investor-judge candidates from each country within the next two months through a regional roadshow. To be considered as a TFPA  investor-judge, interested parties may email admin@dragonsnest.co, contact the show at +639176569215 or visit the website at  www.TheFinalPitchASEAN.com

Aguilar stated that the ASEAN version will follow the same format as the highly successful Philippine edition, the show’s proof of concept that has helped more than 100 startups and successfully funded millions of dollars into the Philippine startup ecosystem.

“The world is looking at Southeast Asia as an emerging tech region. There are so many challenges here but there are also many opportunities. And there are a growing number of future unicorns that are being born as we speak. We are looking at expediting their exponential growth across Southeast Asia with TFPA,” Aguilar said.

The principal filming of the show is scheduled to commence by the fourth quarter of 2022. Apart from the investor judges and scale-up companies, The Final Pitch ASEAN is also looking for brand and broadcast partners in the aforementioned countries.

Aguilar also shared that their plan for The Final Pitch ASEAN is to introduce the show’s format in the region as a stepping stone to their long-term goal to license the show across these different countries.