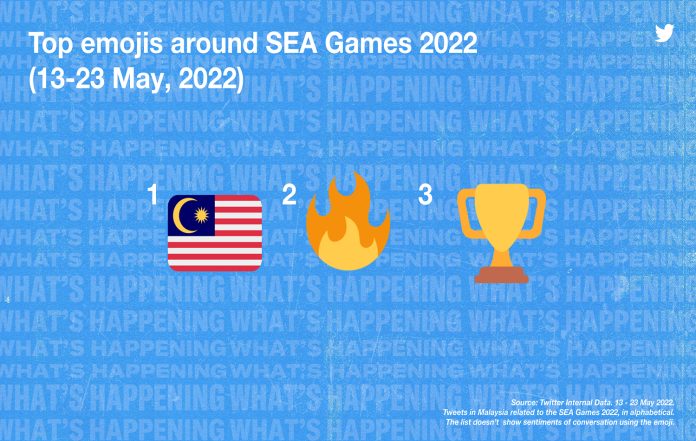 People celebrated, cheered, and chatted on Twitter, with more than 33 million Tweets globally from 12 – 23 May 2022

Kuala Lumpur, 26 May 2022 – After a year of postponement, the 2021 Southeast Asian Games finally took place,  much to the delight (and relief) of athletes across the region. As all eyes turned to the participants and people at home watched with bated breath, Twitter was where people went to find out #WhatsHappening in #SEAGames2021 in real time, while cheering for their local athletes and national teams, and connecting with other like-minded sports enthusiasts.

From swimming and fencing, to esports and chess, people in Southeast Asia sure had a lot to talk about on Twitter as their representatives competed in Hanoi. Hashtags such as #SEAGames2021, #DemiMalaysia , and #SemarakJuara were the go-to places for people to get live updates on-ground, and in fact, from 12 May to 23 May, 2022 alone, there were more than 33 Million Tweets globally around #SEAGames2021, with Tweets from Malaysia making up 11% of the total conversation in Southeast Asia. 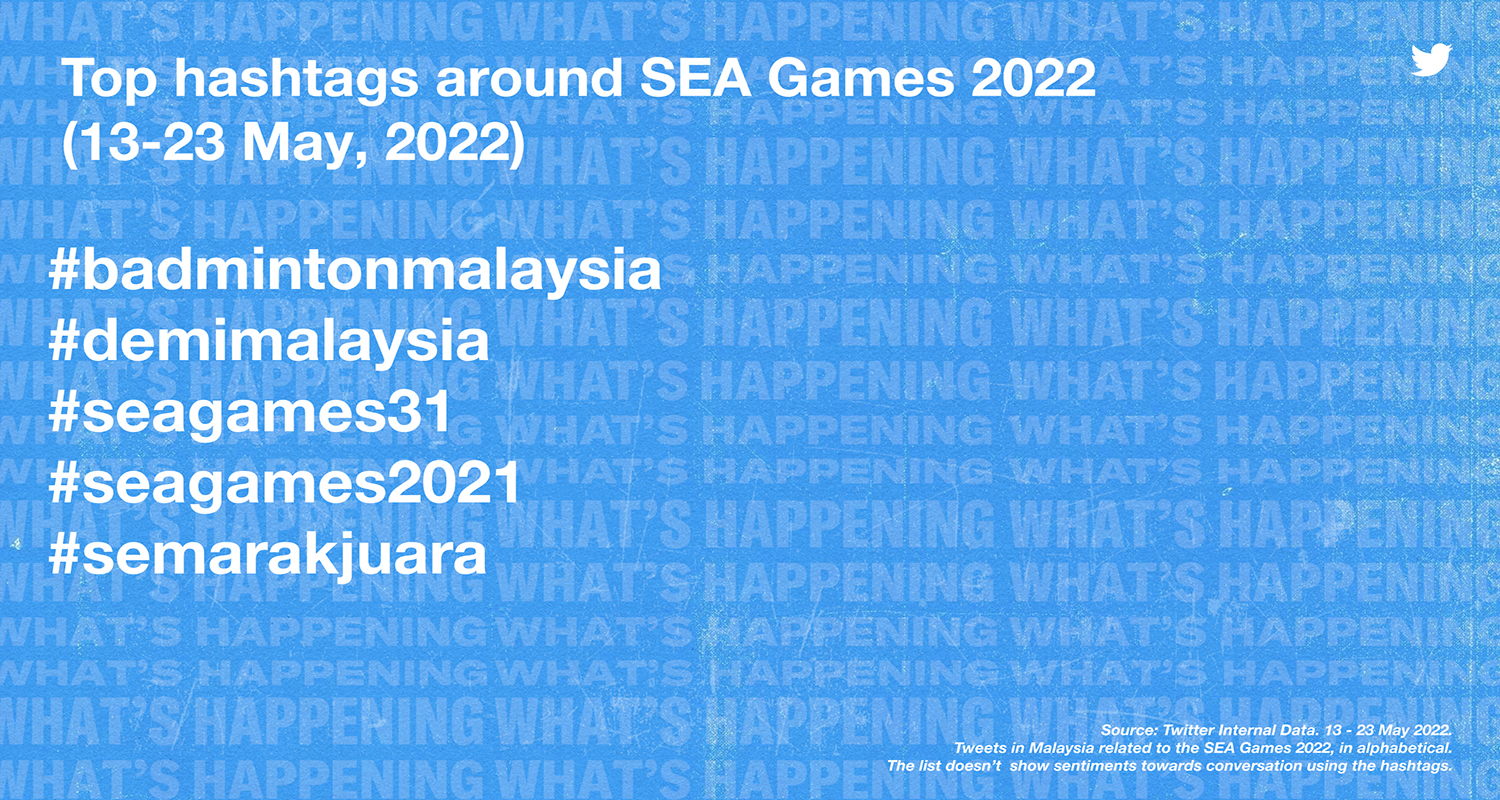 During the #SEAGames2021, Malaysians cheered on their sporting heroes and celebrated all medals won, including 39 gold medals. With more than 500 Malaysian athletes competing for glory at the #SEAGames2021, the country has set its bar high for its national athletes. Malaysians of all races united on Twitter as they connected and cheered on their national athletes with words of encouragement and support regardless of the outcome.

Here’s what people in Malaysia talked about during #SEAGames2021 on Twitter:

Malaysians come together to cheer on national badminton mixed doubles pairing as the nation’s athletes capture the first ever gold medal for Malaysia in 23 years for this badminton event.

Even during tense matches, Malaysian always found amusing ways to have fun and create a light-hearted conversations on Twitter around #SEAGames 2021.

#SEAGames2021 may be over, but sports conversations will always live on, whether it’s the football match you caught, or the hope for future greats among Malaysian sports individuals.

No matter what the outcome of #SEAGames2021 is, Twitter was the roar of the stadium where people cheered, celebrated, and expressed their disappointment. Sports fans on Twitter in Southeast Asia were closer than ever during these enthralling moments with Twitter features that allowed them to stay in loop with the real-time results and helped connect them with their favourite sport communities from wherever they were.

For instance, Twitter Topics helped fans easily find the conversations that mattered most to them – be it a track & field athlete, badminton team, or even the diving queen.

The sporting community on Twitter is so diverse, there’s something for everyone to enjoy and share. So while competitions and tournaments make a gradual comeback; on Twitter, the cheers never end.

BRINGING FAMILIES TOGETHER TO WALK & RUN FOR MECHAMATO!

Carlsberg Cheers to the Fans and the Most Anticipated Football Showdown