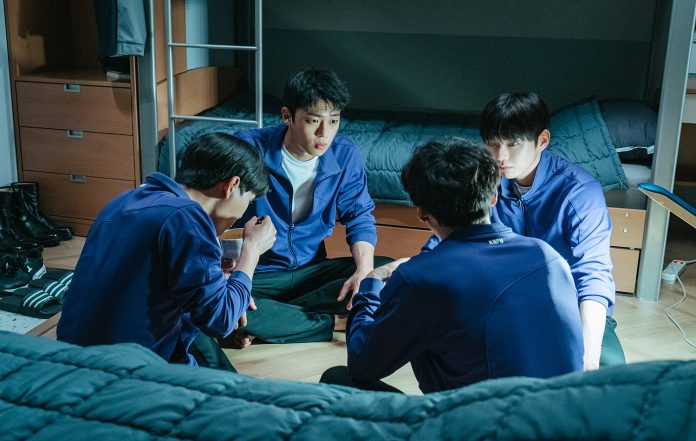 Featuring the long-awaited on-screen appearance of Kang Daniel and Chae SooBin, “Rookie Cops” is a campus romance drama that follows the lives of a group of reckless freshmen at the Korean National Police Academy

Kuala Lumpur, January 18, 2022 – Following hot on the heels of this month’s new Disney+ APAC content announcement, fans of Korean dramas are preparing to buckle in for a thrilling ride-along with the debut of Rookie Cops on Disney+ Hotstar later this month. Centered around a group of freshmen at the Korean National Police Academy, Rookie Cops features an exciting ensemble, including Kang Daniel and Chae SooBin, two of the hottest stars in Korea today. Rookie Cops is directed by Kim Byung-soo (He Is Psychometric, The Bride of Habaek, and Nine), and will debut on Disney+ Hotstar on January 26.

When the Korean National Police Academy welcomes a group of excited freshmen who dream of becoming cops, their joy of qualifying for the academy is quickly dashed when they find themselves subject to grueling daily training and strictly enforced rules. Having entered the academy at the top of his class, Wi Seunghyun (Kang Daniel) carries high expectations on his shoulders, while feisty and decisive Ko Eunkang (Chae SooBin) was only admitted during the second round of admissions. Throughout the series, Wi and Ko find themselves butting heads at

every turn as they become more and more embroiled in a number issues at the academy that could threaten their chances of graduation.

Rookie Cops is an exciting new series that captures the essence of campus romance between Kang Daniel and Chae SooBin. With a hugely successful musical career under his belt, Kang makes his acting debut as Wi Seunghyun, a student with top marks who can’t stand injustice. While Wi initially appears to be well on his way to becoming a top police officer, his continued encounters with campus troublemaker Ko Eunkang (Chae SooBin), takes his life on a series of unexpected turns.

Rookie Cops was announced in October 2021 as part of The Walt Disney Company’s APAC Content Showcase, where it unveiled 28 new APAC titles and ambitious plans to greenlight over 50 APAC Originals by 2023. A further slew of exciting new Asian content was announced in January this year when it was revealed that titles including Anita (Director’s Cut), King of Savvy, Taiwan Crime Stories and A Lifelong Journey would also be joining the service in the near future.