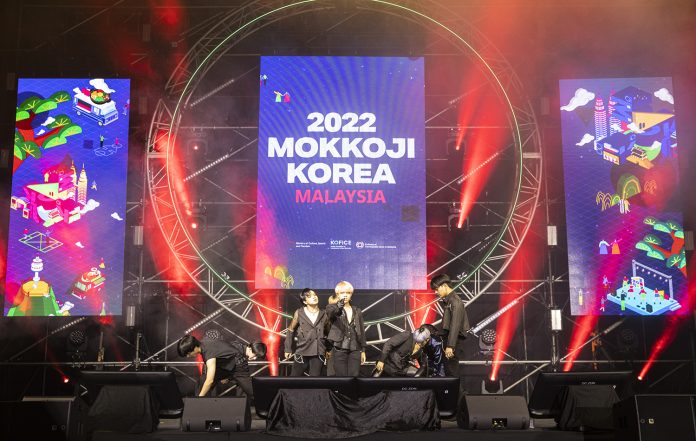 On November 12 and 13, fans of Hallyu culture gathered in Kuala Lumpur to learn more about the Korean lifestyle and culture. Fans also had opportunity to enjoy live performances by some of the top-tier K-Pop artists including Moonbin & Sanha, Jeon Somi and BLANK2Y.

Over the past two days, MITEC had been transformed into a hub for Hallyu-enthusiasts having an immense passion for the Korean cultures, ranging from Korean dramas, webtoons to Korean cuisine, Hangeul, and lifestyle. The two-day exhibition was held under the partnership between The Korea Foundation for International Cultural Exchange (KOFICE) and the Ministry of Culture, Sports, and Tourism of the Republic of Korea.

“The MOKKOJI Korea Festival displays the variety of Korean lifestyles. It gives us great pleasure to host MOKKOJI Korea in Kuala Lumpur this year. Korea is becoming more appealing to many Malaysians as people are taking courses to learn about the Korean language, enjoying K-Pop music, wishing to attend Korean universities. With that, more exciting events and upcoming projects are in store for us, and we are confident that our partnership with Malaysia will only grow stronger from here,” said Korean Foundation for International Cultural Exchange (KOFICE).

During the two-day exhibition, visitors had the opportunity to sample some of the most well-known, mouth-watering and flavourful Korean dishes such as gimbap, japchae, tteokbokki, and bulgogi. Visitors also had the opportunity to transform into their favourite movies or webtoons’ character by adorning its signature costume and taking pictures to share with their friends. Besides that, visitors got a better taste of the traditional Korean culture through many folk performances and games.

At the mini stage, attendees participated in learning how to make the famous Korean side dish – Kimchi with K-Food Cooking Class, or joined a Korean make-up style tutorial instructed by their in-house makeup artist.

On the last day, thousands of participants came to support their favourite K-Pop icons Moonbin & Sanha, Jeon Somi, and BLANK2Y as they arrived in Kuala Lumpur for the MOKKOJI concert. Despite the hall’s capacity of up to 3,000 seats only, more than 15,000 participants had shown their interest and support for the MOKKOJI concert as excited fans came to see their favourite artists performing live.

vivo Encourages Malaysians to Embrace the Beauty of Malaysian Landmarks