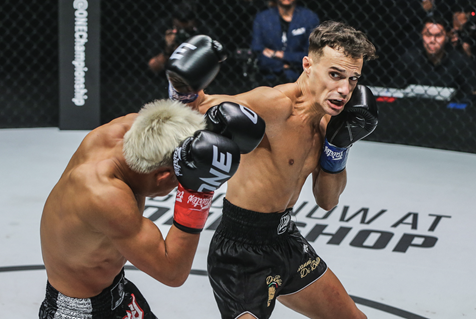 October 21, 2022 – Kuala Lumpur: ONE Championship™ (ONE) returned to the Axiata Arena in Kuala Lumpur, Malaysia, with ONE 162: Zhang vs. Di Bella. The card featured a series of all-striking and MMA matchups along with a battle for the ONE Strawweight Kickboxing World Title.

ONE Championship, in partnership with leading premium lifestyle and luxury performance brand TUMI, presented the prestigious ONE World Title belt to the World Champion.

Di Bella came out of the gates firing, putting the pressure on Zhang who retreated toward the Circle Wall. As the undefeated Italian-Canadian star pressed on, “Fighting Rooster” opted to lay back and counter, attacking with a myriad of leg kicks. However, Di Bella blitzed Zhang with quick and powerful punching combinations to keep the Chinese fighter honest.

The bout was close leading up to the fifth and final round, but Di Bella pulled away when he connected with a dramatic left head kick that sent Zhang crashing to the canvas. With the 19-year-old on unsteady footing, Di Bella tried to close the show, but both men reached the final bell.

In the co-main event, fifth-ranked flyweight contender and BJJ black belt Reece McLaren put on a striking clinic against Windson Ramos, showcasing a facet of his game that’s been continually improving since be began training under Muay Thai legend John Wayne Parr. The 31-year-old from Australia found a home for his straight right hand on Ramos’ chin, hurting the Brazilian repeatedly with the same shot. McLaren dominated the striking exchanges throughout, and with Ramos unable to answer the bell for the third round, “Lightning” secured the technical knockout victory.

Constantin Rusu scored his second straight win in the Circle, besting former ONE Lightweight Kickboxing World Title challenger Islam Murtazaev. Rusu was persistent with his offense, pushing the pace against a more timid Murtazaev, who just couldn’t find his rhythm. The Moldovian-Russian’s unending pressure and activity was enough to earn him the nod from all three judges, as he outworked Murtazaev across three rounds.

Fourth-ranked strawweight contender Gustavo Balart took out former ONE Strawweight World Champion Alex Silva in a closely contested three-round catchweight contest. Silva, a multiple-time BJJ World Champion, took matters to the canvas early, where he had the advantage in the grappling department. The 40-year-old veteran was constantly on the attack with a variety of submissions, but Balart showcased excellent defense on the mat. On the feet, the Cuban connected with a series of clean strikes, highlighted by an overhand left that often hit the mark throughout the contest. In the end, judges saw the bout in favor of Balart to win by split decision. It is his second straight victory over a former ONE Strawweight World Champion after beating Yosuke Saruta last time out. 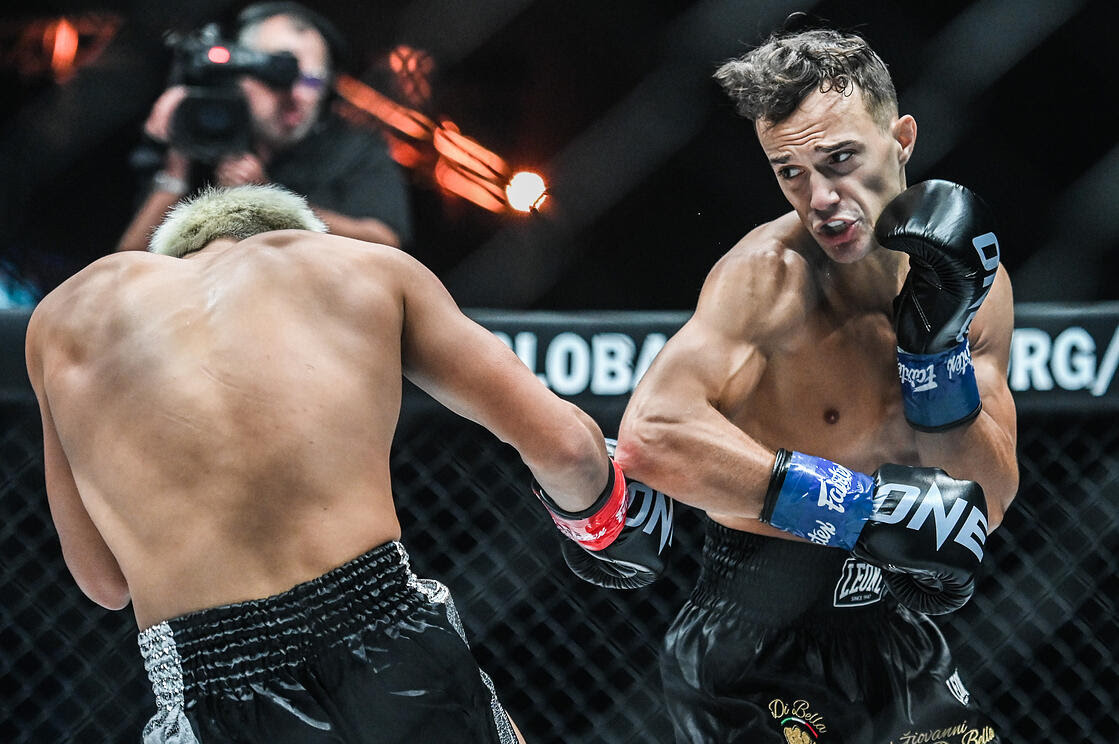 Former ONE Featherweight Muay Thai World Title challenger Jimmy Vienot took care of business against Niclas Larsen in a heated all-striking battle. Third-ranked contender Vienot was sharp to start the fight, forcing #5-ranked Larsen on the back foot with pinpoint combinations. A cut opened up above Vienot’s left eye in the second round, and Larsen turned up the pressure. But as the Danish fighter went on the attack, Vienot regained control in the third and came away with a unanimous decision for his efforts.

Eko Roni Saputra continued his stunning run in the flyweight MMA division, dominating Yodkaikaew Fairtex and then submitting the Thai with a heel hook in the first round. Saputra closed the distance immediately at the sound of the opening bell and successfully took Yodkaikaew to the mat. On the ground, Saputra went to work, locking in the submission just past the two-minute mark to force the tap. It was the Indonesian phenom’s seventh straight victory, all coming via first-round finish. Saputra earned a US$50,000 bonus for his performance.

[READ: Saputra And McLaren Dominate, Balart Topples Silva In MMA Action At ONE 162]