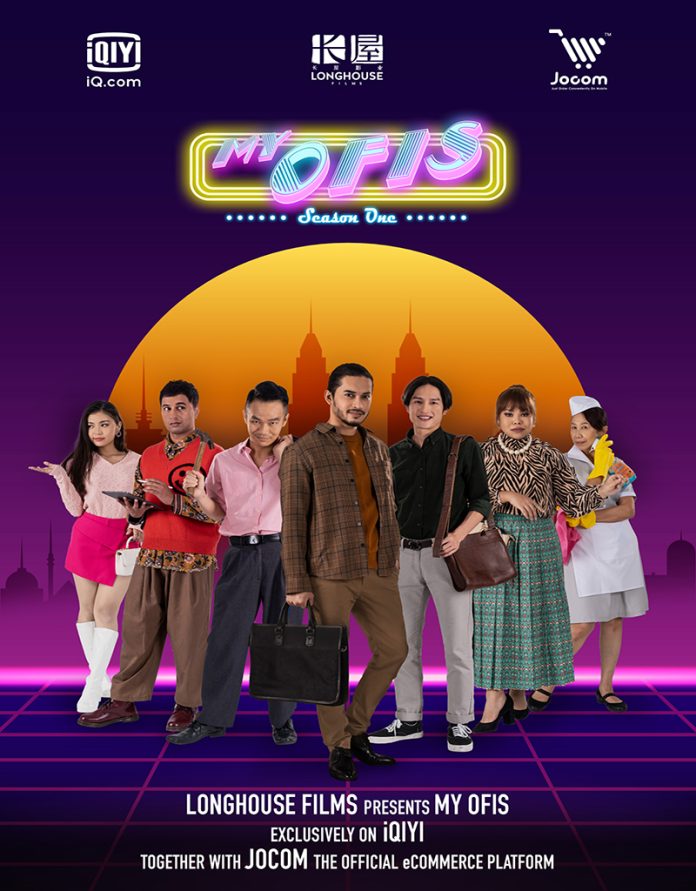 KUALA LUMPUR, 17th MARCH 2022 – Get ready for a highly entertaining year ahead as iQiyi, Asia’s leading on-demand video streaming service, dishes out two new Chinese language originals from Taiwan and local productions from Malaysia. Adding on to its current list of local productions and Chinese-language content, iQiyi proudly revealed these new titles at the Hong Kong FILMART event and promised fans that there will be even more to come.

“In 2022 and in the years to come, we will continue pushing the boundaries of storytelling through our diversified production strategy and double down on our vertical productions. At the end of 2021, our international user base has grown three times more as compared to 2020 and our iQiyi International app has received continuous support from users globally. For example, in Thailand, we saw an almost 700% increase in users,” said Michael Chen, iQiyi senior vice president.

He added that this exponential growth is mostly thanks to the increasing popularity of Chinese content, that iQiyi is committed to continue leading and dominating in the years to come. Aside from this, its vertical productions have also shown promising success since its launch, with the suspense-themed Light On theatre, romance-themed Sweet On theatre and comedy-themed Laugh On theatre.

Featuring award-winning cast members such as Hsueh Shih Ling, Hsu Wei-Ning/Ann Hsu, Edward Chen, Yin Shin and Wang Yu Ping, follow the chronicles of a 17-year-old high school student played by Chen and his love interest Hsu who happens to be his teacher. Just as the scene unfolds, Hsu can be seen holding onto a knife that she has been stabbed with and Chen can be seen standing right in front of her. This gruesome scene was also caught on live-stream for the whole school to see. Tune in to find out what happens next and did Chen stab her or was he just at the wrong place at the wrong time?

This lighthearted fantasy comedy will take viewers on a supernatural journey as a high school student, played by Tseng Jing-Hua, gets caught in a bus accident that leaves him comatose for a year. When he finally wakes up with supernatural powers in tow, Tseng’s boring and mundane life is replaced by a whirlwind fantasy adventure filled with monster fights and others. Together with his school nemesis played by Peng Cian and rookie policewoman played by Vivian Sung, the trio embarks on an unpredictable adventure.

iQiyi prides itself in its award-winning local productions that is made possible with the collaboration between the streaming service provider with local broadcasters from Southeast Asia. Among some of the award-winning productions include Malaysia’s Media Prima production titled 7 Hari Mencintaiku 2 and Thailand’s PPTV Daughters series. To continue feeding the hype and thirst for more local productions, iQiyi debuted a key art poster from its first Malaysian original comedy series – My Ofis. This is just the beginning of a promising line-up of Malaysian original content that is set to debut soon – Rampas Cintaku and Sori Naik Lori.

It is a light-hearted sitcom that centers around the challenges of Jasper, a rockstar wannabe who chooses to let go of his rock and roll fame to support his single mother by turning to a corporate life. Jasper discovers the chaos and crazy antics of ordinary work life, romance and the struggles of office politics. Deep down, he still longs for life on stage.

This tells the story of an undergraduate student desperate to clear his family’s financial debts from loan sharks. To do so, he tries to make quick money by working in a nightclub. There, he encounters a wealthy and seductive business woman and is lured into becoming a sugar baby.

This is an original series about a housewife’s instant rise to stardom after her TikTok video goes viral. This then affects her relationship with her lorry driver husband, who has insecurity issues.

During the FILMART event, iQiyi further reiterated its commitment to elevating Chinese language content and to become the global leaders in Asian content. To this, iQiyi confirmed a global launch with the debut of posters for four of its flagship programmes that are highly anticipated by international fans.

The Wind Blows from Long Xi

This is an adaptation from the novel by People’s Literature Prize winner Ma Bo Yong, featuring award-winning actors Chen Kun and Bai Yu whose characters go head-to-head as spies from opposing historical kingdoms.

Love Between Fairy and Devil

This is a period romance series based on a novel by renowned Chinese web novelist Jiulu Feixiang. Starring Esther Yu and up-and-coming young actor Wang He Di, join them in this fantasy series as they bring viewers through an unparalleled love story between a fairy and a demon.

Love the Way You Are

Starring well-known cast members Angela Baby and Lai Guan Lin, follow their love story as these childhood friends unexpectedly reunite and discover the meaning of love and what it means.