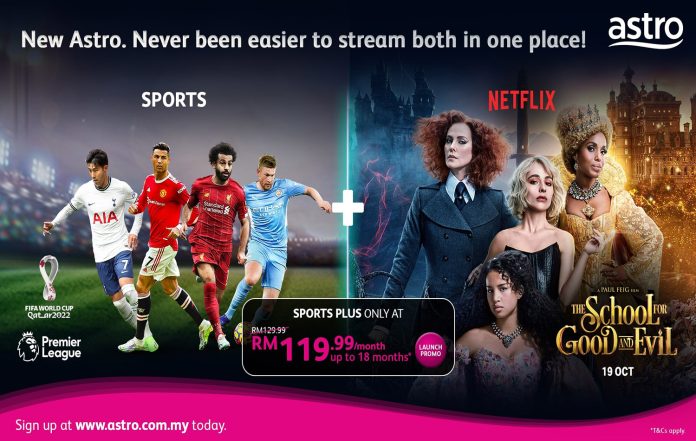 KUALA LUMPUR, 18 October 2022 – Sports fans and movie lovers can now enjoy a richer content offering with Astro’s new value-added packages, Sports Plus Pack and Movies Plus Pack. These two new packs boast all your favourite channels and streaming apps from the Sports and Movies Pack such as beIN SPORTS CONNECT, Disney+ Hotstar and HBO GO, but now also have the addition of Netflix as well as the best of Korean and Horror shows for as low as RM129.99/month*.

Euan Smith, Astro’s Group Chief Executive Officer – Designate said, “As part of enriching our entertainment experience, we are delighted to introduce two new TV Packs – Sports Plus and Movies Plus, with Netflix’s premium content inside. Having listened to feedback from customers and customers-to-be, we are pleased to be able to offer more choice, convenience, and better value in this way. Sports fans can now enjoy all 64 matches of World Cup Qatar 2022 plus the biggest sporting matches and, at the same time, binge on Netflix seamlessly within Astro’s interface. Customers subscribing to these two new Packs will enjoy more savings whilst immersing themselves in a wider content slate, reinforcing our position as Malaysia’s number one destination for entertainment.”

With the Sports Plus Pack, customers will get Netflix as well as catch the biggest sporting action, often in 4K like the World Cup Qatar 2022, Premier League, Formula 1, UFC, NBA, UEFA Champions League and so much more! Customers also get the beIN SPORTS CONNECT app that gives access to major European football leagues such as the UEFA Europa League, LA Liga, Ligue 1, and Serie A LIVE and on-demand, in addition to over 3,000 hours of live tennis including the ATP and Laver Cups. 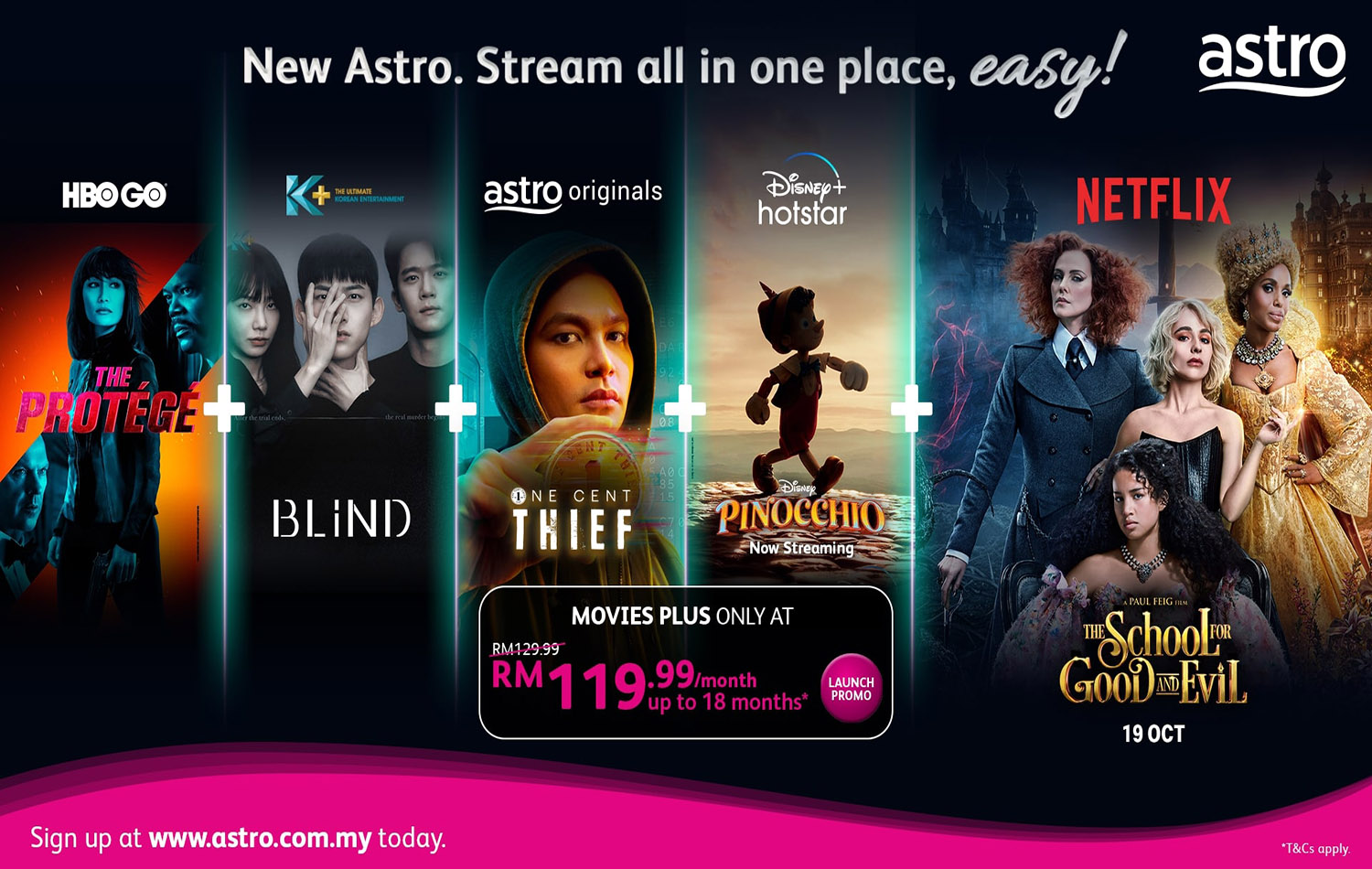 The Movies Plus Pack comes with all the highly rated content Netflix is famous for, in addition to other streaming services including Disney+ Hotstar, which allows consumers to enjoy popular Korean dramas The Golden Spoon and One Dollar Lawyer, Korean variety show THE ZONE: Survival Mission starring Yu Jaeseok, Lee Kwang Soo and Kwon Yuri and the latest popular series from Marvel Studios – She-Hulk: Attorney at Law; as well as HBO GO’s Everything Everywhere All at Once, reboot of the classic time travel series, Quantum Leap and season 2 of the popular science fiction drama, La Brea.

Tony Zameczkowski, Vice President for Partnerships, APAC, Netflix, said, “At Netflix, our goal is to bring the best in class entertainment to our members and we are delighted that through this expanded partnership with Astro, more Malaysians will be able to enjoy the breadth and depth of content from our catalogue — from highly anticipated Hollywood films, well-loved Korean series from a variety of genres, stories from Malaysian creators, and more — as part of a seamless and enhanced sports and entertainment offering.”

As a special launch offer, new customers will get to enjoy either pack for only RM119.99/month* for 18 months! Including Netflix means you can stream the biggest shows like the comedy thriller starring award-winning actress Jeon Yeo-Bin and After School’s Nana, Glitch; upcoming romance K-Drama, 20th Century Girl (21 October); and the epic fantasy tale of action and adventure based on Soman Chainani’s bestselling books, The School for Good and Evil (19 October).

To add to the excitement, with Horror and Korean content also included in the packs, you can start watching Mental Coach Jegal and Young Actors’ Retreat on tvN; Gaus Electronics and Blind on K-Plus; and local comedy horror movie, Hantu Kuat Ketawa and fantasy-comedy The House with a Clock in Its Walls on BOO.

For the best entertainment experience, sign up for the Sports Plus or Movies Plus Pack today by visiting www.astro.com.my.